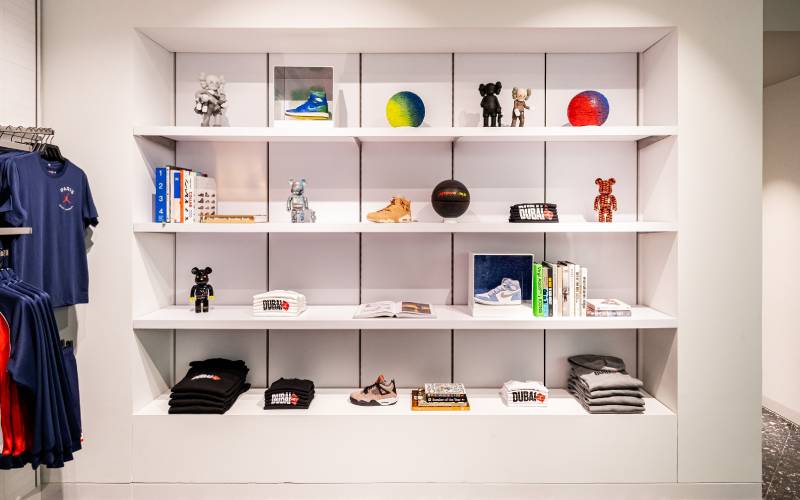 The Gulf’s retail sector has recorded a string of positive gains over recent quarters, suggesting continued momentum behind post-pandemic growth—especially in brick-and-mortar retail.

“The COVID-19 pandemic did initially impact the physical retail landscape, both locally and globally,” notes Mohammad A. Baker, CEO and Deputy Chairman of international retail conglomerate GMG, and who is also a member of the Advisory Board of Dubai Chamber. “A drop in consumer footfall coupled with social distancing measures, international travel restrictions, and a wider macro-economic slump put pressure on the sector.”

In the UAE alone, studies estimate that the pandemic cut out AED13.5 billion in sales in 2020.

A surge in eCommerce helped to offset the initial pandemic shocks. Earlier this year, Bricklin Dwyer, chief economist and head of the Mastercard Economics Institute, noted when commenting on the future of retail that the company broadly expects to see “a much faster rate of digitalization” in the Gulf both this year and in the years ahead.

“There is massive potential in the region’s eCommerce space, no question. But that’s only one part of the story,” contends Baker. “Brick-and-mortar retail should not be overlooked.”

Emaar Malls, for example, recently confirmed that for the mall operators’ tenants, their H1 2021 sales were 77 percent higher than during the same period in 2020. Overall occupancy levels at the developer’s mall properties were at 91 percent during the period. Moreover, its tenant sales, including those from locations like the Dubai Mall, were an improvement over H1 2019 figures.

“Consumers today are not looking for products when they come to a store - they are looking for an experience. Many of these experiences are based on personalized, in-store engagement, and that is what is being delivered,” adds Baker. As an example, the executive cites how all of GMG’s flagship brands are located at the Dubai Mall in UAE, and that the group has already welcomed over 2.4 million customers across its storefronts in the Dubai Mall alone this year—a double-digit percentage rise year on year.

The inaugural State of the UAE Retail Economy report released this June further suggests that there are clear signs of optimism returning to the region’s consumer market, and that the UAE is predicted to have the fastest growth within the GCC in 2021.

Major global brand campaigns have meanwhile returned in force to the UAE. The launch of the Middle East’s first Air Jordan concept store in the Dubai Mall in July is just one example. A new concept by Nike, it includes unique artworks commissioned by famed artists such as Syrian-American artist Jason Seife, and is only the fourth such store to be opened internationally.

These collaborations between brands, retailers, and mall operators—as well as new studies into the sector as a whole—signal a positive outlook for the Gulf’s retail recovery.

“Brick-and-mortar has long been a pillar of national economies throughout the region across nearly all segments. It still accounts for the lion’s share of all retail transactions,” Baker highlights. “Now is actually the ideal time for us as retailers to push ourselves to go beyond what we thought possible.”