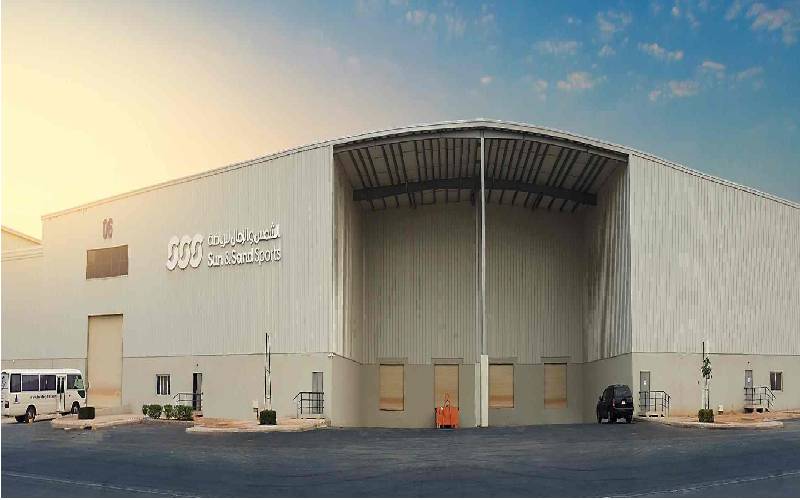 Gulf Marketing Group (GMG), one of the Middle East's leading family-owned holding companies, is increasing its investments in Saudi Arabia and has announced the opening of a new mega-warehouse facility in Riyadh to serve its expanding customer base. The new warehouse will initially support the company’s growing GMG Sports division which today caters to the growing appetite of Saudi consumers for high-quality, authentic sports apparel.

The warehouse will serve homegrown GMG Sports brands beginning with Sun and Sand Sports—the Middle East’s largest sports retailer—while the company is also a distributor for global brands like Nike, Columbia, Timberland, Vans, and more in the Kingdom. The site will include a new service center that allows for faster deliveries and an enhanced service experience for GMG’s customers.

According to industry reports, the Saudi retail industry is poised for continued growth, with a recent Euromonitor study stating that the sector is likely to reach $119 billion in value by 2023. The modernization of shopping and entertainment facilities, coupled with more spending power among women in the workforce, are among the factors supporting that growth.

Mohammad A. Baker, Deputy Chairman and CEO of GMG, said: “Today, GMG is keen to be a partner for sport in the Kingdom. The ‘Quality of Life’ program announced as a component of the Vision 2030 has already placed a renewed focus on sports and athletic activities. In line with that vision and with the launch of our new mega-warehouse, we can further support physically-active and healthy lifestyles by giving more people easy access to the best offerings right at their doorstep.”

The latest facility is strategically located in Riyadh’s The Logistics Park, a rapidly-growing and premium locale that is expected to contribute to the capital’s ongoing economic and industrial diversification. GMG’s new 23,000 square meter warehouse increases the company’s Riyadh capacity more than 10-fold, and features advanced technologies that facilitate increased productivity, are environmentally conscious, and drive efficiency through automation.

“Saudi Arabia’s retail sector has both expanded and matured in recent years, yet it still retains huge untapped potential. We have only scratched the surface. The continued diversification of the national economy, support for foreign direct investment, and other policies are all contributing to the sector’s evolution. There is still much we aim to achieve, and we look forward to innovating new ways to bring added value to our partners and our customers across the Kingdom,” added Baker.

In recent years, GMG has been collaborating with the Saudi Sports for All Federation (SFA) as the official distributor of Nike in Saudi Arabia, working to encourage sport participation at all levels across the Kingdom. GMG has also partnered on exciting projects such as the new kits for the Saudi National football team for the 2020-2021 season.

Over the last several years, GMG has been expanding its global operations with a portfolio of brands that now covers numerous sectors including sports retail, food, healthcare, logistics, and more. Operating across Saudi Arabia, the GCC region, and internationally, GMG has introduced more than 90 global brands into the Middle East while also creating quality-driven homegrown brands.